The HyperDeck Extreme 8K HDR from Blackmagic Design is an 8K recorder featuring a large display with standard touchscreen deck controls for viewing recordings. It also has physical deck controls on its left side and two CFast card slots on the right. Ideally, it would be used together with the optional HyperDeck Extreme Control deck, which provides traditional deck control features with a built-in editor for automating the ingest of legacy videotape-based programming. Both have the same 3 RU, half-rack width size and can be installed beside each other in a rack and combined into a traditional broadcast deck for a comprehensive workflow.

The HyperDeck Extreme 8K HDR features Quad 12G-SDI connectivity for 8K resolution, analog connections for archiving, and a USB Type-C External Disk port, which can be used to connect flash disks or entire disk systems such as the Blackmagic MultiDock 10G 4-slot SSD dock. There is also a slot for an optional M.2 PCIe NVMe cache card, which eliminates dropped frames if your media becomes full or runs too slow. The HyperDeck Extreme 8K HDR uses the space-saving H.265 codec but also supports ProRes 422 HQ, ProRes 422, ProRes 422 LT, and ProRes 4444. This means smaller file sizes plus compatibility with virtually all popular editing software.

HDR standards are supported and the display screen has a wide color gamut to match. The display offers built-in monitoring scopes, and these can be changed to HDR scopes when working in HDR formats. The HyperDeck Extreme 8K HDR tags files with the correct HDR information, and then SDI and HDMI inputs automatically detect HDR video standards. Static metadata PQ and HLG formats are handled according to the ST2084 standard. The bright LCD can handle both Rec. 2020 and Rec. 709 color spaces. Thanks to the wide color gamut, it can even handle 100% of the DCI-P3 format. 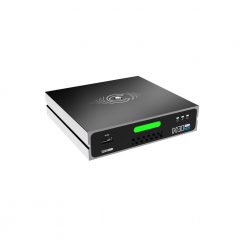 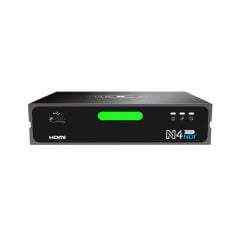 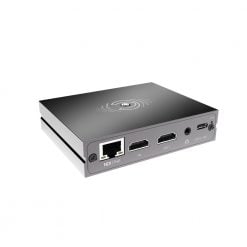 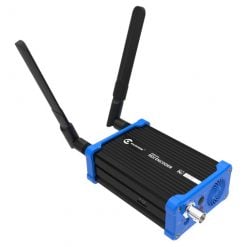 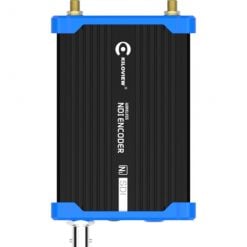 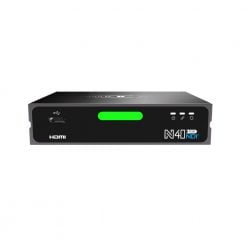 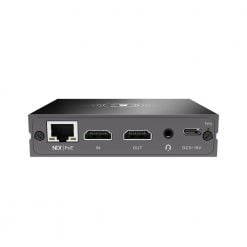 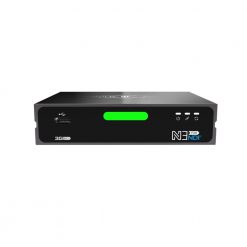 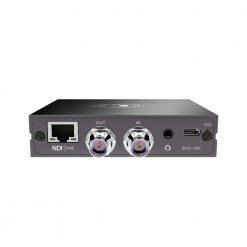