The Blackmagic Design Pocket Cinema Camera 4K features a 4/3″ sensor for capturing up to 4096 x 2160 DCI 4K images at rates up to 75 fps in a variety of codecs including Blackmagic Raw at several bit rates and various ProRes 422 options. With the 6.6 update, the BMPCC 4K now offers up to 80 fps in a 2.8K raw mode for 4:3 anamorphic and up to 75 fps in a 4K raw mode in 2.4:1 widescreen. A 2x de-squeeze preview is available for 4:3 recording as well as a 1.33x de-squeeze option. Slow-motion rates up to 120 fps are available in 2.6K raw for Super16 lenses and in cropped Full HD. The 6.6 update makes operating easier with support for the Pocket Battery Grip and a built-in horizon level function. Further 6.6 update features include support for additional languages, USB PTP control, customizable frame guides, an up to 8x pinch-to-zoom function, the ability to embed custom LUTs as metadata in Blackmagic Raw, and more.

The Micro Four Thirds lens mount accommodates the original, lightweight Pocket Cinema Camera lenses, and can be used with PL, C, EF, and other lenses with the use of separately available adapters. A dual-native ISO up to 25,600 is featured for low-light capture, and 13 stops of dynamic range provide rich HDR images.

Record using the internal CFast 2.0 and SD/UHS-II card slots or employ the USB Type-C output for capturing longer clips to an external drive. The Pocket Cinema Camera 4K’s 5″ touchscreen LCD reduces the need for an external, onboard monitor, while a full-sized HDMI port enables you to output a signal to a larger display. The menu and interface are the same as the ones found on the URSA Mini camera, and 3D LUTs can be applied for monitoring or baking in your look when you’re ready to commit.

Audio features include a mini-XLR input with phantom power for pro-style mics, a 3.5mm jack, and an internal stereo mic. Additional features include the same Blackmagic OS as the URSA Mini and Bluetooth remote control. A license key for DaVinci Resolve Studio is included for versatile post-production control. The Pocket Cinema Camera 4K’s carbon fiber composite build provides lightweight strength and durability, and power options include running off the included Canon LP-E6 type battery or the included power supply.

The Pocket Cinema Camera 4K uses a 4/3″ sensor, 13 stops of dynamic range, and a dual native ISO up to 25,600 to capture rich images at resolutions up to DCI 4K.

Use lightweight, electronically-controlled MFT lenses, or use separately available adapters to expand your lens choices to include PL, C, or EF-mount lenses.

Create customized aspect ratios or choose preset guidelines including 1:1 and 4:5.

Choose from Blackmagic Raw and ProRes 422 files options depending on your project’s needs.

A large 5″ touchscreen display reduces the need for an external on-board monitor, while a full-sized HDMI port enables you to output a signal to a larger display on your video village.

An activation key for DaVinci Resolve Studio is included with the camera.
Additional information
Reviews (0)

There are no reviews yet.

Only logged in customers who have purchased this product may leave a review. 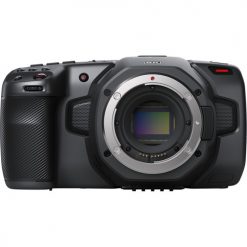 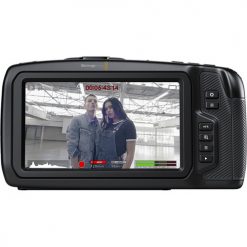 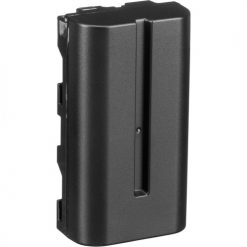 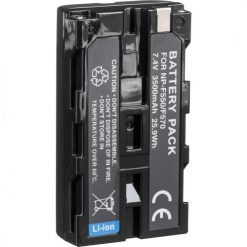 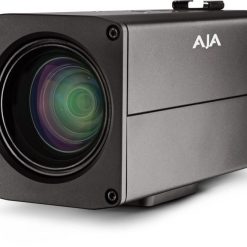 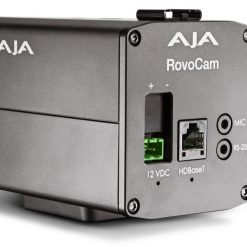 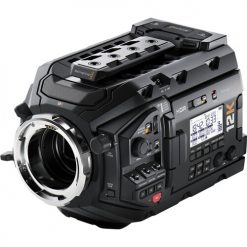 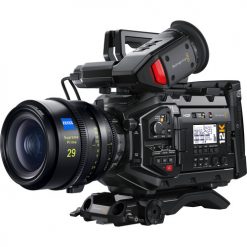 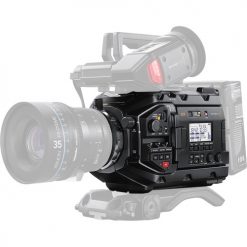 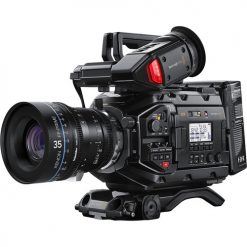 This site uses cookies to offer you a better browsing experience. By browsing this website, you agree to our use of cookies.
More info Accept
WhatsApp Us